Because I love you guys, I want to give you a heads-up on the project that I’ve been working on recently. Just us girls is coming to a tv near you soon and not the regular stuff.

You see, I know how much girls love soap operas so I decided to talk to you using the drama genre. I know that you must have noticed the four pretty girls on the justusgirlsnaija header. These are the four girls who just us girls on tv will be built around. They are your everyday girls. I bet you’ll get to see yourself in one if not all of them. Every episode, they’ll be dealing with peculiar issues and at the end we’ll get to talk about theses issues. Let me tell you a bit about these lovely girls and the rest of the cast

Kayinsola (Adaora Onyekwere)
Pretty, dentist by profession and Yoruba by tribe. in her late twenties. She is composed and confident, a Christian and comes from a rich background. She’s in a relationship but her Mother does not approve of it. She’s the mother hen of the house and seems to always have a solution or know the right things to say to people. She’s warm, kind and non-judgmental. Kanyinsola looks like she has it altogether but does she?

Tessy (Nkoli mbaebie): She’s around the same age as Kanyinsola and hails from the riverine area of nigeria. port harcourt to be precise. An artist by profession, she doesn’t earn much and thus cannot afford the luxuries that others can. She loves to cook and has been given the role of feeding the other flatmates. She’s a Christian but can be judgmental, has a low self esteem and is quite envious of the others (without knowing it), especially Kaima. Tessy is not in a relationship and that’s one more blow to her already low self esteem . Tessy has an older brother named Patrick.

Jite (Glory Adekanmbi): She’s in her early thirties and a no nonsense person. a Christian who hails from the niger delta, and there’s definitely nothing diplomatic about her because of her choleric nature. She speaks her mind and gives her opinions without caring much for how you feel. A business woman by profession, she has made something of her life even though she comes from a humble background. She’s in a relationship but frustrated it’s not progressing as fast as she wants to the next level which is marriage. She’s under lots of pressure from her mother to get married quickly as time is passing her by.

kaima (onyiye okonkwo): The youngest in the house, she’s in her early twenties and is Ibo by tribe. Born into a rich home, she’s spoilt and believes that everything should be done for her. Very pretty, she has a string of admirers she cares nothing for and aspires to be the next celebrity actress the world will see but generally, Kaima does nothing for a living. She lives off her parents who generously lavish her with money. Kaima comes into the house through Kanyinsola as they are family friends as time goes on It seems she’s developing an interest in Patrick, Tessy’s brother. unfortunately Tessy is not her biggest fan.

Munachi (Mayowa Ojo): He’s about 30years old and a baker by profession (“fondly” called omonashi the kpopof fryer *serious yoruba accent*). He is Kanyinsola’s fiancé but Ibo by tribe. It is obvious he loves her but they both have issues they need to deal with.

Patrick (uzor arukwe): He is Tessy’s brother and about 33 years. Funny, accommodating and amiable, it is always a delight for the girls to see him. He resides out of town and visits when he has business in town. It is obvious he loves his sister very much and cares for her. As for Kaima’s growing interest in him, he is oblivious….for now!

Sammy (Mack Taiwo Oluyomi): This is Jite’s boyfriend and about the same age or a year older than her. He sometimes can be intimidated by her choleric nature and is quite laid back in nature. He however won’t be forced to do what he is not ready to do (marriage) no matter the threats 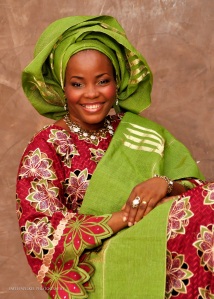 Kanyin’s Mum (Funmi Arogundade): She’s about 45 years old (obviously looks great for her age), widowed but a woman of class and culture. She believes she knows what’s best for her daughter Kanyinsola and will do whatever it takes to make sure she has the best in life even though Kanyinsola might not think so. Because she’s a custodian of culture, she doesn’t want Kanyinsola to marry Munachi because he’s ibo and because of his profession. To her, Kanyinsola is way out of Munachi’s league.

Jite’s Mum (chigo otefe): She’s about the same age as Kanyin’s mum but she’s local and very ‘Wafi’ in nature (you could call her the comedy relief). She wants her daughter to get married as quickly as possible because she believes a woman’s place is in the kitchen in her husband’s house, not making money.

there are other people i’d like you to meet but i wont give all away now. coming soon…. the guys behind the scenes making it happen 😉

Posted from WordPress for BlackBerry

😂😂😂🤣🤣🤣 but seriously This is the kind of money that I’m making this year biko🙏🏼🙏🏼 the kind that makes jealous but addeth no sorrow 😂😂😂🤣 #GLmoney #ifyouknowyouknow #gainingmomentum #myblockbuttonworks
Am I the only one looking at 2020 like this? Ah! This year go sweet o! Kai! 😍😍😍 but it’s not the kind of year that you won’t take some major steps o! We must go to war with these prophecies. ⚔️ 🗡 so we should pray right? Hmmm.... ok so I will be back with the dates soon. 🤞🏼🤞🏼follow #prayingwithpastorm so you don’t miss updates But prayer is not all we will do this year o! Ladies I am here for you though so you know I can’t let you just go without talking about manual. Have you registered? Have you paid for any of the master classes? Go to @ldmwithpk for more details. #manual #prayingwithpastorm Makeup by the amazing @duprinah Hair braided by @dochiglam Picture by @peterusmanphoto
My ONLY IG handle is @pastormildred Any other is FAKE. Please note this is another fake page. DO NOT BE FOOLED. DO NOT SEND ANY MONEY AND PLEASE HELP ME REPORT IT. @instagram this is getting frustrating. Verify already 🙄🙄🙄 can’t keep up with all these impersonators.
This year’s #gainingmomentum was everything 🙏🏼😍😍😍. This is the kind of conference you pray to NEVER recover from. I have to say thank you to some amazing people in my life for being such a blessing to me. Hair #tsejuwig everyday @tseju_hair1 my darling 😘😘😘😘 God will bless you till you land firmly in the billion realm. #privatejet Tinz 😘 Makeup and hair styled daily by the one and only @dochiglam Shoes - @edenshuz and @tsb_collections Jewellery - @amarzjewelry and @zoyajewels Clothes - @dimmortalwoman @bellickcollections @funmyclothing Pictures - @the_mistergrey @aminesimagery @cwestfotography I don’t know where to start thanking you all from. God bless you all for me. This year you will be paid much more than you are worth. In Jesus name.
Happy birthday my darling @amakaonyeani ever faithful. Ever sure. “Mama what do you need?” Has been consistently in your lips for the last 10 years I’ve known you. #armorbearer #daughter God bless you for me my darling. I don’t even have the words. But know this My soul blesses you today and always. 😘🙏🏼🤗 you will reap 10 years in one. You are such a blessing. Your kind is very rare. I love you darling 😍😍😍
#Repost @kingsleypst with @get_repost ・・・ Some women find it easy to invest ON themselves (wigs & make up products) rather than IN themselves (knowledge & wisdom) @mckinneyhammond is one of the world class coaches taking a masterclass at the manual conference Early bird registration is 5k and you get a signed copy of my book MANUAL :how men think. LINK IN BIO to register All my people pls post this and tag ladies @ldmwithpk #pstkspeaks #louditwithpk
Follow just us girls naija on WordPress.com
%d bloggers like this: