Hope you’re having a great weekend so far! We had carol at our Island Centre yesterday.. whoop! (Gist for another day) So today we have a guest writer.. 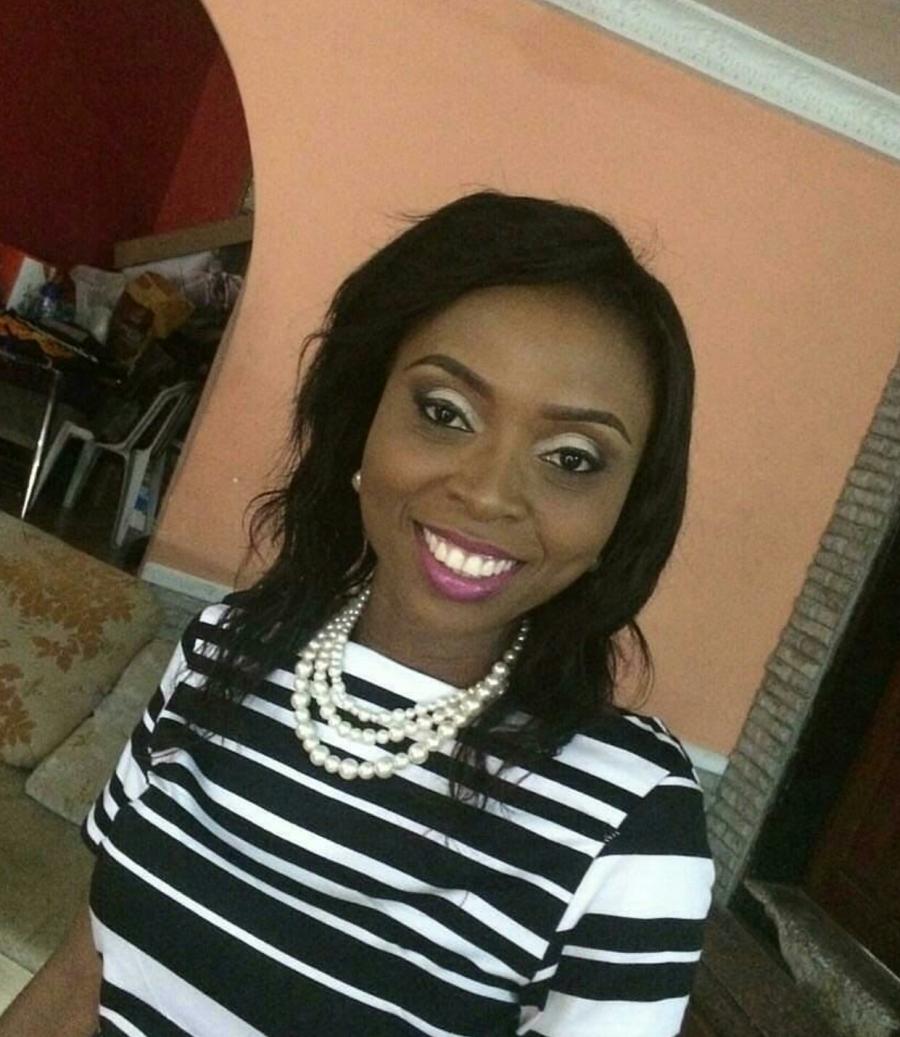 I am sooooooooo excited. It is such a huge privilege to be a guest writer on JUGN blog. Thank you Mama, thank you Kemi Shittu.

For those that know, I am a writer; a script writer to be specific. What most people don’t know is that I also do prose writing, so here’s something for you.

Maria stood nervously at the reception, debating the wisdom of her decision. She shouldn’t be here. Being here meant she was asking for trouble and she knew it. She decided to leave and make some excuse later but as she turned to, she hit the source of her discomfort solidly in the chest. She laughed nervously as he smiled at her.

“It’s okay. Come on! Let’s go upstairs.” He held her hand in his firm grip as if he sensed if he let her go, she would run.

She gave an inward sigh, following him meekly. In all fairness to her, she had not bargained for this. She’d left the house with the intention of going to have fun instead of staying alone, gloomy and moody, feeling sorry for herself. It was Christmas Eve and she deserved to enjoy herself. Unfortunately, all her friends were either in the village with their families or outside the country, enjoying the holiday season so she’d gotten into her car and driven to the cinemas. At least she could enjoy a good movie with the company of people around her. What she had not bargained for was meeting her ex just as she emerged from the cinemas, heading towards her car. He had not changed a bit since the last time she saw him; that was four years ago when she’d seen him off at the airport as he travelled out of the country for his Masters Degree. He still had the same charming smile that always melted her heart no matter how angry she was with him. That was the smile he gave her now as they both stood staring at each other, oblivious of the people passing by. The air between them was charged and there was no denying that there was still an attraction between them. She told herself to walk away but she couldn’t; not when he had that smile on his face.

“You look good,” he said softly, breaking the silence

She smiled in response, saying the first thing that came to her head. “You haven’t changed.”

He laughed, his eyes twinkling in amusement as a beautiful lady dressed in a lovely gown touched his arm, getting his attention.  “Fola, we’re going in.”

Maria knew she had no right to feel jealous but that didn’t stop or change how she felt. She wanted to know who the woman was and couldn’t help asking. “Your wife?” she asked, turning her smile which was now forced on the woman.

“Oh no!” he said shaking his head. “My friend’s fiancée,” he supplied just as another man joined them. “I came in for their wedding. It’s in three days’ time.”

“Oh!” Maria said weakly, feeling ashamed of herself. Fola wasn’t hers anymore and he had a right to be with whoever he wanted to be with.

He turned to his friends ignoring her briefly. “You guys go in.”

“You sure?” the woman asked, giving Maria a surreptitious glance.

“Yeah! I have some catching up to do,” he answered, his gaze on her. “If you are alone?” he added meaningfully

The couple looked at each other, wondering what was going on between the two of them before conceding. “Okay!”

He waited for them to walk by before speaking, falling into step beside her. “So you were headed?”

He glanced at his wrist-watch. “Why? The day is still young or you running home to…”

“No!” She responded a little too sharply, cutting him off.

He didn’t seem to mind. “Good. Then we have time. You mobile?”

“Yes. My car is parked over there,” she answered gesturing in the general direction of the parking area.

And so she had and had found herself at his hotel after much debate on where was plausible for them to talk privately without intrusion. She wondered for the umpteenth time what made her agree to come to his hotel as she stood in the middle of his room, looking at anywhere but him. If she was nervous when she was downstairs, she was doubly nervous now standing alone with him behind closed doors.

How do you think it would end though? Comment below..

View all posts by kemijugn

Happy birthday my darling @babzcarpenterz #ALLTHINGSARENOWREADY oya welcome to buffet season. If you can see it you can have it. Dream big! Hold nothing back! Laugh freely! Enjoy! God bless you sweetie.
Day 25 -. Today we pray for the men in our lives that they will fulfill the purpose for which they were born. It will be revealed to them and they will walk in it in Jesus name. See you at 3pm 😁 so excited to be back 💃🏻💃🏻💃🏻 #prayingwithpastorm
Good afternoon, So today we will pray 1. That God will open the heavens over your husband. 2. your husband will have his blessings in season. They will be relevant blessings for the season he's in. 3. He will never need to borrow for anything he does. 4. The work of his hands will be blessed. In Jesus name. See you @3pm #prayingwithpastorm
I don’t even understand this nonsense message from @Instagram. Someone is impersonating me and you are telling me it doesn’t go against your guidelines!!! 🤷🏽‍♀️🤷🏽‍♀️ Please help me keep reporting till the page @pastormildred8 is brought down. Thank you guys. I’m so tired of this rubbish 😡😡😡
THIS IS NOT ME!!!! PLEASE DO NOT GOVE THEM YOUR MONEY!!! Please also report. @instagram
Good afternoon, today we pray: 1. That all your husband’s desires even the secret ones will be granted to him. 2. That his desires will always be in line with God’s will for him 3. That your husband will make plans in line with God’s desire for him. 4. That God will give your husband the strength and strategy to follow through on all the plans he makes. 5. That God will cause all your husbands plans to succeed In Jesus name, Amen! #prayingwithpastorm
Follow just us girls naija on WordPress.com
%d bloggers like this: