hi people,
I’m back again  🙂 . Feels good to have some blogging time o!.

Okay so like most of you know I’m in the USA, well just for a while I have a baby assignment here that I will need to finish soon so I can get back home 😉 and gladly too.
I’m sorry but I’m just not one of those “I’m checking out meeeehn!” kind of people. I love my Nigeria any day anytime 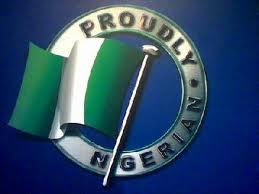 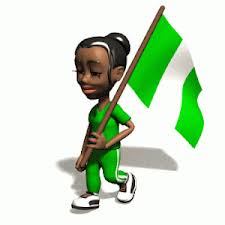 Now, I’m not blind or in denial that there are a lot of problems in this my Naija but the truth is leaving for me has never been an option. The question is where all of us are running to is it really better? Is it easier? Honestly, me I don’t think so oh!

Yes there are a lot of things that work out here, road, light, infrastructure, not to mention their medical facilities are top-notch hence my being here to be honest. After one episode in our Nigerian hospitals that left me bleeding from week 12 to week 18, I was sure I wasn’t taking chances with this pregnancy. After all, wisdom is profitable to direct. As my Niger delta people will say “After eight years? Abeg I no de for ha di di ( as in how did it [happen]?)”. That’s too much explanation abeg 😀 . So I bundled myself with my big tummy and here I am doing a countdown but that’s not what this post is about.

I was saying, because I have so much waiting time on my hands I also have a lot of watching time; the same way people go on trips to bird watch, I am here people-watching 😀 and I want to share some of the things I’ve seen:

• Too many Nigerians are living fake lives here: sadly when they take pictures and send home they never really send the true picture. Too many of them are taking pictures with rented cars, posing in front of other people’s houses, doing menial jobs and wearing clothes with the tags still inside because they are sooooooo returning them tomorrow. They never really say it as it is so more people are giving up stable-will-get-better jobs in Nigeria and moving to the land where they don’t even stand a chance except to do menial or at best checkout counter jobs. It’s almost like a conspiracy, people send you all the flashy lifestyle pictures and then encourage you to come ….and suffer like them but of course not in those words.

• People are selling their birthrights all in the name of citizenship: for a long time I actually believed that all those things were actually just in the Nigerian home videos or that well in this 2013 it had been phased out but omo! Imagine my shock at how many people are marrying “akata” just to stay in this country. Why? Biko. It’s not as if marrying the “akata” is going to ensure that you actually become a citizen or that you actually do get a better life. It’s actually hustle continua. I actually know someone who is married to an akata, he can’t stand the fact that she is so disrespectful, she smokes, drinks (even in pregnancy) and they stay in separate houses because no one wants to give up their lease and he’s okay with that! Or is he really? All this one just to settle in another man’s country? You see why my Nigeria is appealing? It’s funny the girl doesn’t even know he’s a Christian because he has to fit in. Most of them are taking things from these akata wives that if my fellow Nigerian girl were to do one millionth of it she would be back in her father’s house with a few broken bones and a black eye to boot. Hmmmm…..

• Some people have lost sight of liberty: and this is what actually got me started on this post. You know how America is called “THE LAND OF THE FREE AND THE HOME OF THE BRAVE” Well unfortunately some people have misinterpreted that to mean the land where if you are brave and cunning enough you can get things free. So Nigerians will tell you funny things like “if you know your way, omo America is the land of the free”…. They actually mean the land of freebies. They are always looking for ways to beat the system. Someone was gisting me just the other day (and proudly I might add) how she outsmarted the system when she had a minor accident and the ambulance (which I might add is not free. Costs over $1000) that responded to her 911 call came and rushed her to the hospital. She had an injury on her leg and she was rushed to the hospital and her friend had told her to feign amnesia not to give her house address or anything. Of course they treated her and she kept acting like she couldn’t remember her own name. She was released the next day and asked to return. Of course she never did and was hailing herself as a sharp Naija babe that had gotten things in the land of the free…. And she’s a Christian oh!

Me I don’t understand the kind of freedom that makes us lose everything especially our salvation and fear of God. What is wrong is wrong. Before I came here to have my baby, a lot of people were telling me stories of people who after having their kids here were not given visas to return to this country ever. You see the problem with us is that we no de talk true finish. Most Nigerians come here, have babies and take off because no one will hold you. They won’t pay all their bills forgetting that USA is worse than big brother 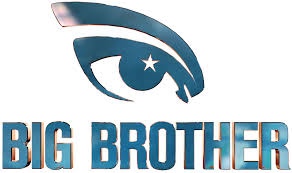 So all this will come up when you go back to the embassy and you are black-listed. I’m just so sad when people because of free things sacrifice their true freedom.

Apostle Paul knew this would happen and he encouraged us to stand fast in the liberty in which Christ has set us free… and not to be entangled again with a yoke of bondage. (Gal 5:1) How easily we forget and allow ourselves to be caught up in all sorts of harnesses of bondage. Because of what? Dollars? Citizenship?

Anyway, my point is not to diss America in any way after all my kids will be born here but what I’m saying is THERE IS NO TRUE FREEDOM WITHOUT CHRIST and honestly, American streets are not lined with gold it’s just as littered and as smelly as Lagos streets and their tolls are so much more than Lekki’s own. 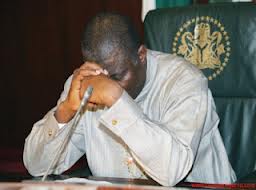 that one day God will touch their hearts and we will eventually become the GOOD PEOPLE, GREAT NATION

that we should be. God help us.

okay folks, I’m out of here for now. see you tomorrow again I hope.